The oldest dated monument known so far from the ancient city of Tikal, is Stela 29. The back face of the stele features the date 8.12.14.8.15 in a long account, equivalent to July 8, 292 A.D. His discovery contributed to the study of the Maya one of the referents for the initial periodization of the Classic (Jones and Satterthwaite, 1982: 61).

The stele consists of a large upper fragment cut diagonally, missing the segment that would be the base of the monument, which was not found. It was discovered in 1959, during the excavations of the Pennsylvania project, on a land located west of the West Square and north of Temple 3. Originally it could be located in the North Acropolis (Ibid., 61).

It is the first monument of Tikal in which an iconographic representation of an "ajaw" appears; ostentatiously stylized figure holding the emblems traditionally associated with the ruling lineage, and that remained unchanged for approximately 600 years (Martin Simon and Grube, 2002: 26).

The style of iconography evokes Olmec art, from which it probably comes. On the front face of the stela, a profile dignitary is shown being observed from the upper section by another character who, it is proposed, could be his father or an ancestor. In the left hand he carries a head, and in the right a ceremonial bar with snake heads whose jaws sprout faces of some associated deities. Probably the date commemorates an enthronement (García, 2006).

Headdress designs frequently exhibit proper names. In this case the figure of the dignitary is identified as Chak Tok Ich´aak, a name used by at least two rulers of the Tikal lineage. However, it has also been linked to the ruling Jaguar Foliado (Martin Simon and Grube, 2002: 27). 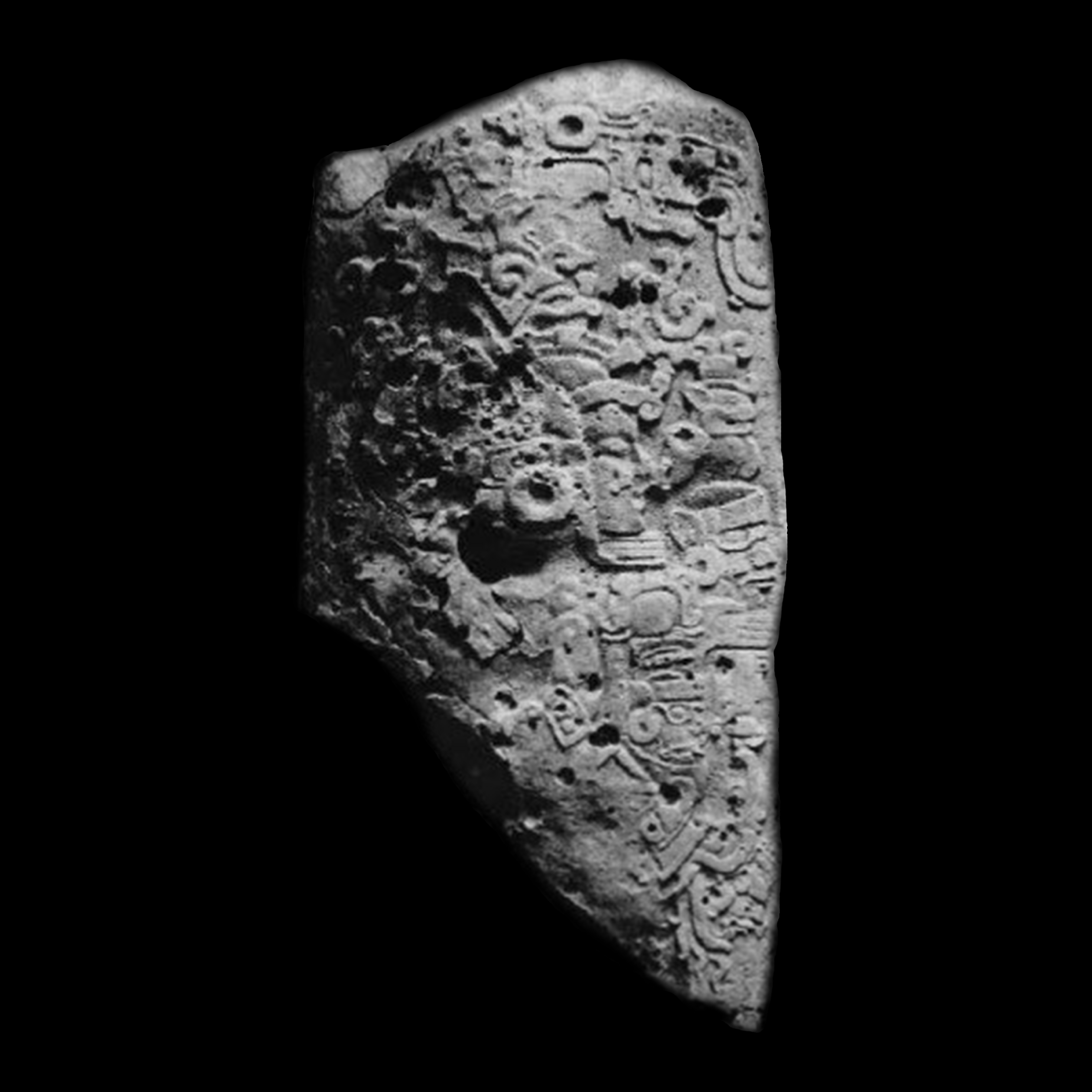 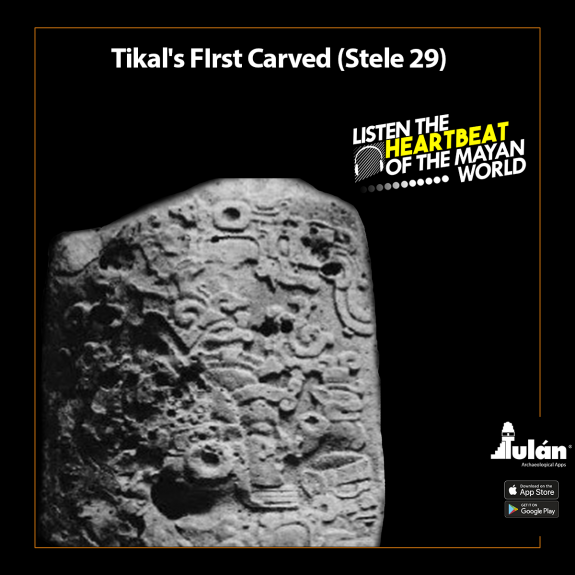