"The central square had multiple functions, among them: social, religious, cultural and political, so being an open space, it had a panoramic view that obeyed the privilege level of the nobility of the time, allowing them to have a view of all activities. (Cited by Cruz, 2019)

The Mayan Quiche political organization was linked to religion, the rulers and priests were part of the ruling class and had privileges, this allowed them to have access to the interior squares because they were located inside each of the temples of the central square.

The interior squares were a "private" meeting center where only members of family lineages or with any political, religious or military position could meet. (Jocholá cited by Cruz, 2019). These courtyards are irregular polygons, which have no orientation, but they are located so that they communicate with each other. This means that they were not only spaces for veneration or meetings but also facilitated communication either from a family or between temples. (Jocholá cited by Cruz, 2019)"

The central square was destroyed with the arrival of the Spaniards, currently, only remains of these structures can be seen. 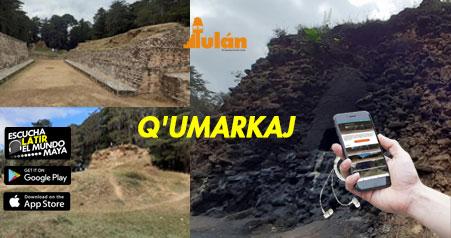