The Zaculeu archaeological site (White Land in the K'iche’s language) is located in what is now known as the department of Huehuetenango, formerly called Xinabajul. It is located just under 1 km from the head, so it can be reached on foot or by car. It was one of the most important cities of the realm Mam of the Postclassic Maya period and was populated from the year 1250 to 1524 bC. In this city were found a large number of burials, ceramic vessels and carved pyrite were found, so, in 1931, the city was declared National Monument and in 1970 a National Pre-Columbian Monument.

Zaculeu was inhabited by the Mam people and is one of the last cities of the Prehispanic times, which reached its greatest splendor in the Late Postclassic. It included a wide territory, Huehuetenango, Totonicapán, Quetzaltenango, San Marcos and the Province of Soconusco, however, they were invaded by the K'iches 'and the Kaqchikeles, reason why they were forced to inhabit the mountainous parts like Huehuetenango. In 1,450 Gonzalo de Alvarado comes to dominate the city and generated an uprising of the Mam warriors, who took refuge in the fortified citadel of Zaculeu, but they were defeated and the city was abandoned.

The alignment of the buildings shows the detailed planning of the Mams regarding the creation of the city. The city is constituted by an architectonic set of 43 structures, where we can appreciate palaces, squares, temples and an area for the ball game. The architecture had a marked Mexican influence during the Postclassic period, they are relatively low height, but of long extension. The structures were elaborated with slabs of green stone (shale), river pebbles, mud and lime  based mortars. Many of Zaculeu's structures were used for religious and ceremonial, administrative or governmental purpose.

The daily life of the Mayan civilization was impregnated by religious beliefs. They had numerous temples dedicated to their gods, divinities that were linked to nature: heaven, death, sun, corn, etc. As for the mortuary rites, archaeological investigations allowed to find 108 burials, all but two were found in the central axis of the buildings. The orientation of each burial suggests that they were performed with religious or ceremonial significance, a characteristic that persists throughout the occupation in Zaculeu.

In 1,840 several Americans visited the city, among them, John L. Stephens, the explorers Adrián Recinos, Sylvanus G. Morley and Edwin M. Shook. Subsequently, during 1,946 and 1,948 restoration work was carried out on the site by the United Fruit Company.

The architectonic set of 43 structures, where we can appreciate palaces, squres, temples and an area for the ball game. In addition, a large number of burials, ceramic vessels and carved pyrite were found, so, in 1931, the city was declared a National Monument and in 1970 a National Pre-Columbian Monument. The site also has a museum that safeguard ceramic pieces and bones found in the temples. Between structures and pieces of the museum you will find at least 11 elements that you can´t miss during your visit to Zaculeu. 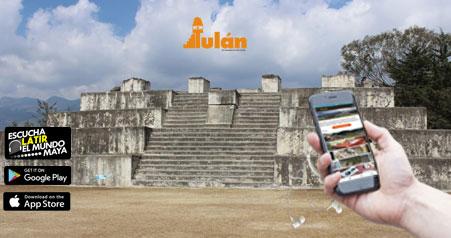