The Acropolis is an architectural set which housed the Kaminaljuyu’s elite. This archaeological site occupied much of 7 and 11 zones of the city, but has been gradually destroyed, there are currently several sheltered mounds, mainly in the Archaeological Park of Kaminaljuyu, on 12 avenida 11-65, zone 7, and 8 km from La Aurora International Airport.

Kaminaljuyu's constructions were made with a kind of adobe (talpetate blocks, covered with thin layers of mud), adding pumice stone depending on the temporality of the building. This set is protected by a roofed area, since the buildings were investigated in 1950 and the excavations left several structures exposed, so they are protected.

There is evidence that its construction began in Late Preclassic (400-200 BC), in a simpler way, but it became the center of power for the Early Classic (200-600 AD) and its occupation lasted until the Late Classic (600-900 DC). It is one of the main attractions of the archaeological park.

The Acropolis architectural group owns approximately 20 buildings, mostly in the form of a slope-board. The area that is under roof is 20 m² and can be seen structures with staircases and beams, they do not have an enclosure at the top, but are flattened. In the excavations there is evidence of post holes that had to support walls and ceilings of perishable materials has been located[1].

It was explored between 1958-1962 by some teams and Gustavo Espinoza the inspector of the Institute of Anthropology and History (IDAEH) of Guatemala, making various tunnels within the structures to observe his constructive tradition. Through the located evidence it is thought that it was a residential area of the nobility. 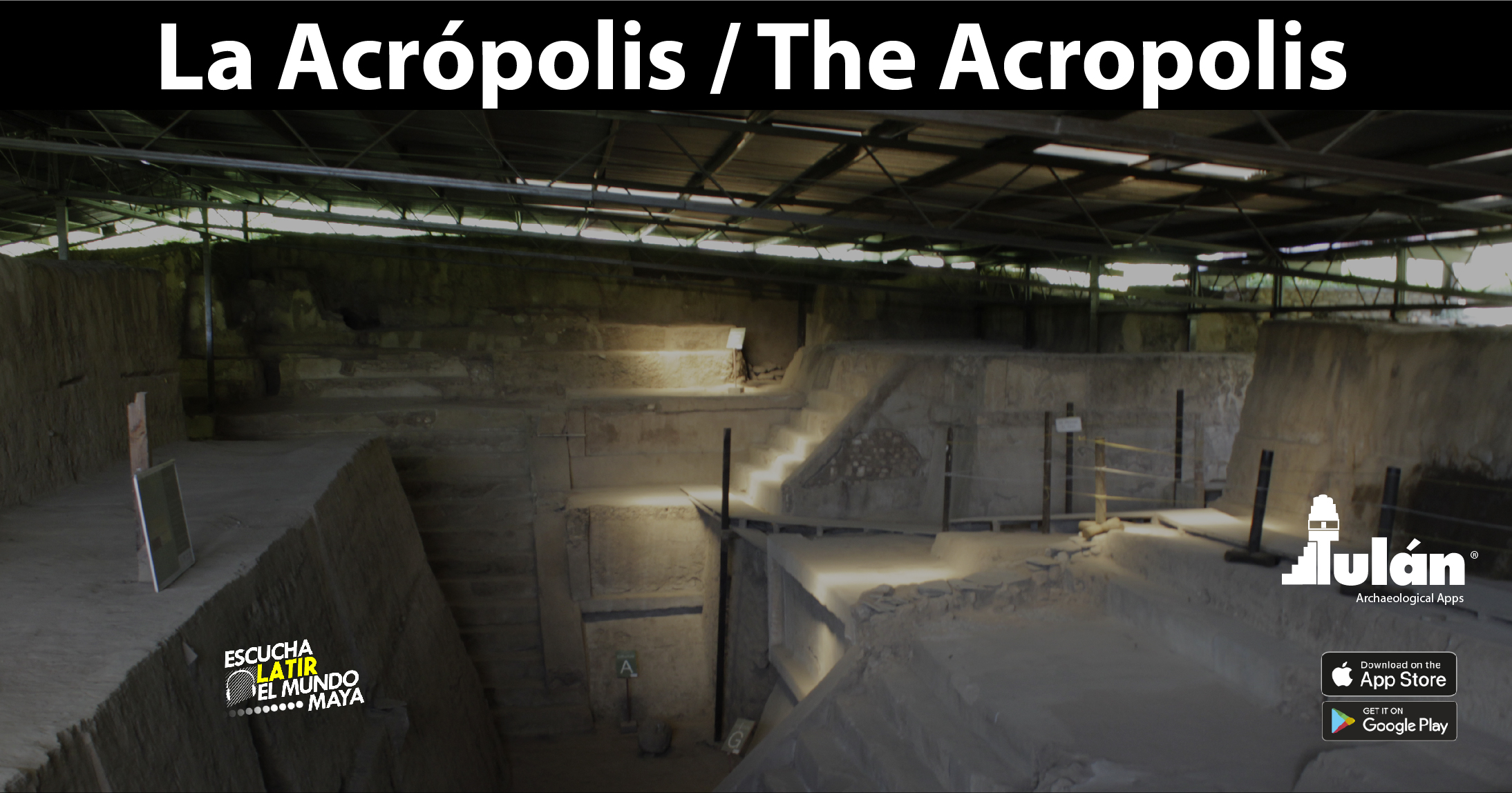 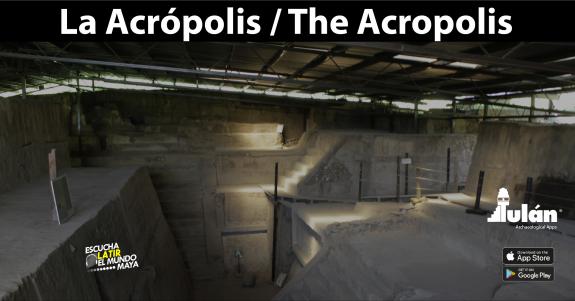