Mayans where outstanding sculptors. With materials as stone and stucco, this art took three forms: the first one, relief, bas-relief and even three-dimensional works, which formed part of the architectural ornamentation (C.P., 2009).

It is evident that the human figure was, by war, the central theme of the Mayan sculpture. However, the representations of anthropomorphized deities also abounded (C.P., 2009).

In 1976, several artisanal objects were obtained from the excavations, such as fragments of vessels, polychrome plates, objects of gold, silver, copper and pyrite mirrors (Leal, 2015). Inside of the excavation were found anthropomorphic sculptures pieces made of stone.

For many years, there are zoomorphic figures (animal-shaped objects) that represents the first evidence of anthropomorphism (human forms or qualities, especially deities or mythological beings). Mayan sculpture was a medium of art, which spoke through stones (C.P., 2009).

Although the symbology used in Mayan sculptures it is usually very complex, each manifests a narrative. It is the case of several pieces that are in the museum of the archaeological site of Zaculeu and of the present that is located in its ornamentation section.

The Mayan civilization dominated the sculpture, and especially the relief, both in stucco, wood and stone. The reliefs were located in the exterior and interior of temples and palaces, on altars raised in the squares and surroundings of the buildings. The size of these varies depending on the location, you can find both miniatures and monumental works, highlighting especially those made in stone.

Within the multiplicity of variants and themes found in the Mayan sculpture, those that have a religious and political purpose stand out (Martínez, 2017).

The sculpture found in Zaculeu reassure the significance of the messages and mysteries of the Mayans, where the main idea is to represent important people in the culture, beliefs and ideologies with the world.

The approximate measurements of the sculpture are: height 45cm, width 20 cm approximately, and it is made with stone granite, it was found in the Mayan city of Zaculeu, currently it is exhibited in the museum of the archaeological site of Zaculeu.

It is important to remember that, according to the beliefs of the Mayan civilization, their daily life was always impregnated by religious beliefs. They had numerous temples dedicated to their gods, these divinities were tied to nature: heaven, death, sun, corn, etc. Like the Christian and many other beliefs, the Mayan beliefs started from the confrontation between good and evil, with the difference that each other had divine character. Both powers appeared in continuous opposition, but always as united antagonists (Bauzá, 2009). 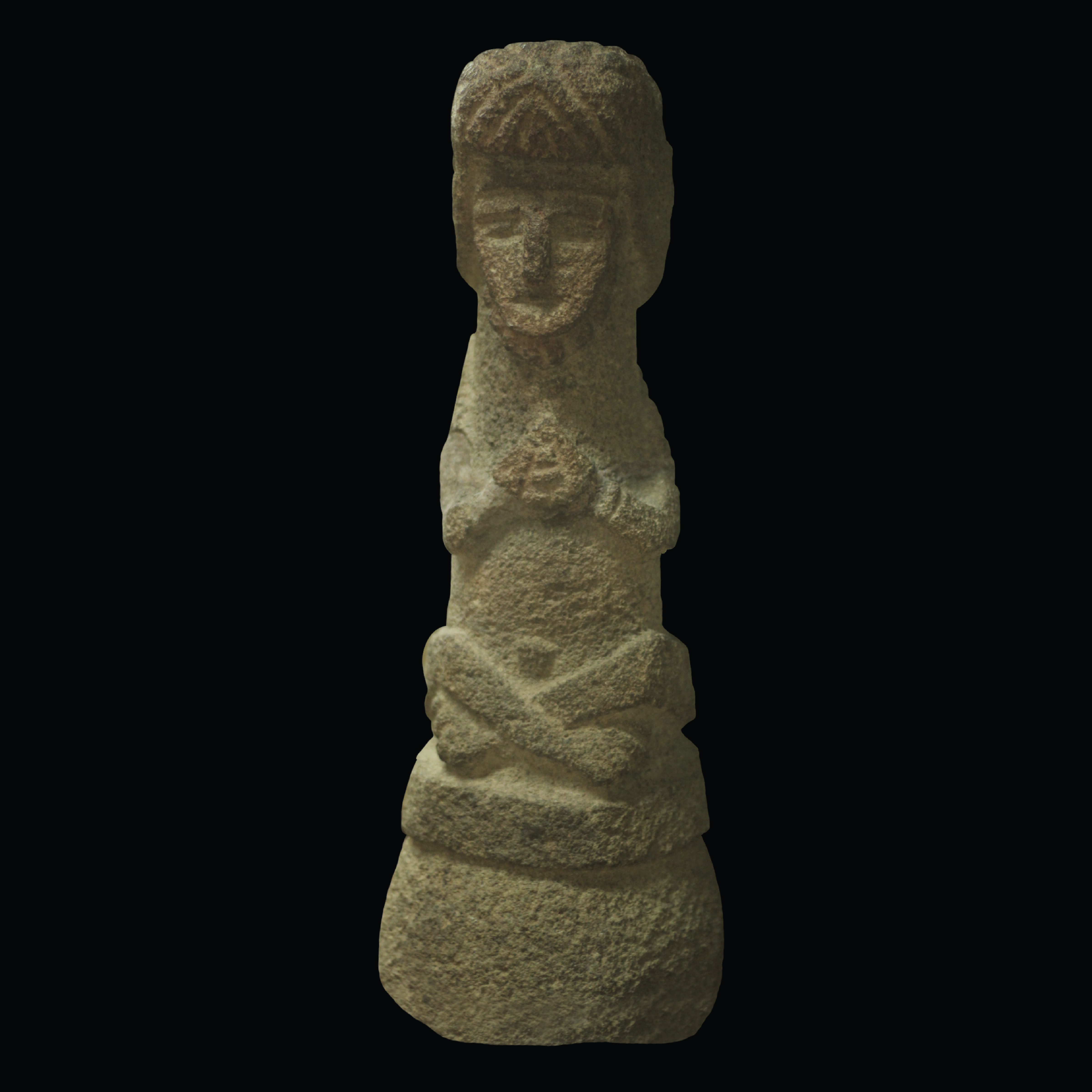 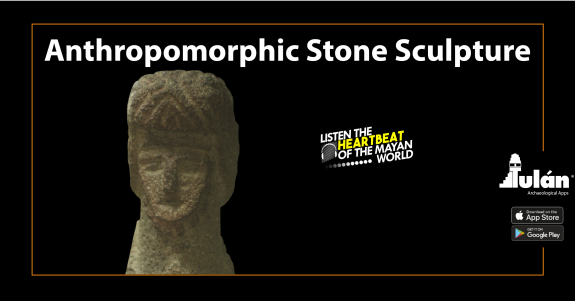