The site of Chuwa Chuwa Nima Ab´Aj´ (Mixco Viejo), corresponding to the post-classical period of Mesoamerica is located in the northeastern sector of the Department of Chimaltenango in the Republic of Guatemala, it presents the traditional construction to the period of embattled type with defensive nature, which takes advantage of the formation of the land for this purpose.

Several authors have considered that the site was occupied by the Pocomam group; However, more recent studies have determined that at the time of the conquest it was a separate branch of the Kakchiquel group that inhabited it and after the capture of the city, its population was forced to leave it and move to the Mixco area, which is why which the name of Mixco Viejo remained and even Carmack called it Jilotepeque Viejo, until the real name with which should be identified was determined.

Like any city with tradition and influences characteristic of the ancient Mesoamerican societies, it is composed of a series of constructive elements that are observed throughout the region, which include the Altars.

These altars, which are always associated with other buildings, used building materials based on the adobe obtained in the area and in micaceous stones brought from the stream of the nearby rivers, they can be circular or angular, either square or slightly rectangular, they are binding with the superior or divine world, in addition to a link with nature and the environment, through which an oracle favorable to the community, family or person could be obtained, which included a prior cleaning ceremony and purification, in addition to a subsequent one as a conclusion.

Because the altars had, in all cases, an orientation related to the movement of the sun, it is also believed that it could have been a reference point for astronomical observations.

Currently, it is possible to observe ceremonies and rituals by residents of the area, probable descendants who obtained the knowledge through oral tradition and the observation of practices, are beautifully decorated with offerings that include flowers, fruits, copal or aromatic resins, incense and others, who maintain that search for balance with the divine and the natural environment, allowing then to establish a connection, with that still unknown past of our ancestral tradition. 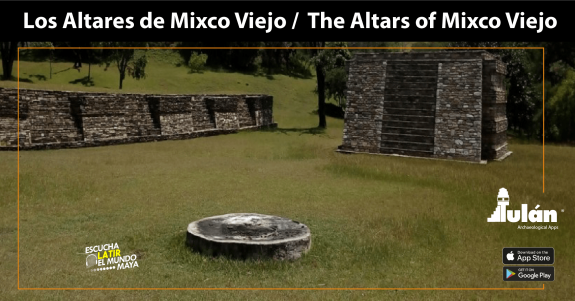